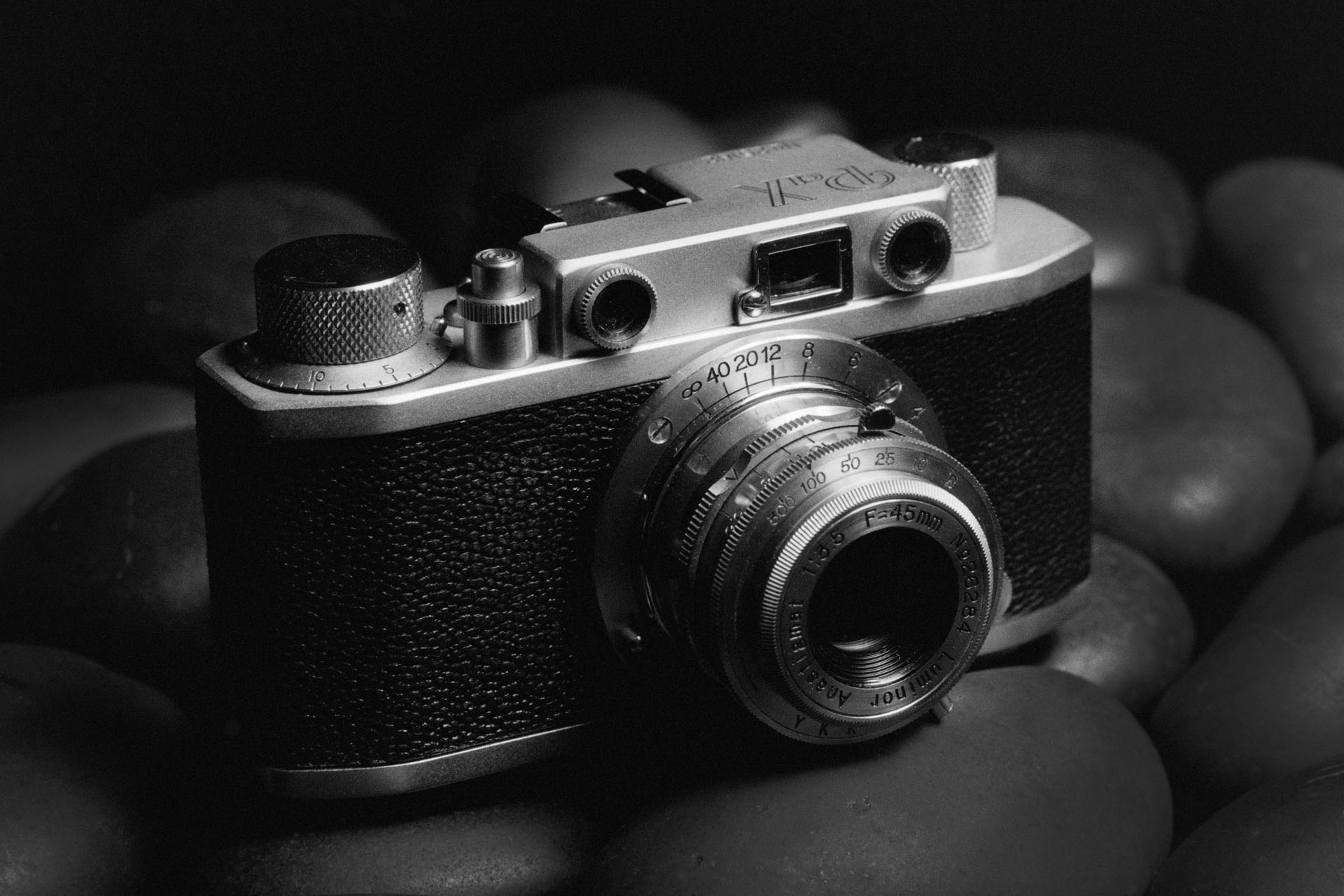 When I first laid eyes on it, I was immediately taken by its almost unashamed imitation of Leica design, albeit in a smaller package.  After World War II, several camera companies were copying the Leica rangefinder line. The Yamato company of Japan clearly borrowed some aesthetic elements from Oskar Barnack’s brainchild when they designed the Pax 35.  This was the first of a series of rangefinder cameras by Yamato and was produced from 1952 to 1955. It is a simple, compact rangefinder camera and a joy to use.

Somehow, I ended up with two of these, and neither of them worked very well.  I challenged myself to combine them into one camera that I could use and went to work on them.  A common issue with the Pax is that the original lubricants tend to harden over time and interfere with just about all the moving parts. Once I got inside it, I realized that the internal workings were certainly not as refined as the German-looking exterior would suggest.  I should not criticize something that is better than that which I could build myself, so suffice it to say that it appears to have been designed for efficiency rather than elegance. That said, once I had it all cleaned out and lubricated, I found the mechanical workings to be solid, smooth, and pleasant to use.

Like some old rangefinders, the film advance does not cock the shutter.  This must be done separately with a lever on the lens barrel.  It is easy to forget to do this and thus create accidental masterpieces with double exposures.  The separate actions of winding the film, cocking the shutter, focusing through rangefinder window, and shifting one’s eye to the viewfinder to compose the shot forces the user to slow down and make deliberate photographs.  This is not necessarily a bad thing, particularly with the cost of film these days.  The leaf shutter is quiet and has five speeds from 1/10th to 1/300th of a second, plus a bulb setting.  I realize it’s not a very generous shutter speed range, but unless I am demanding shallow depth of field in broad daylight, it is sufficient for basic tasks.  I suspect that it was designed and built for exactly that…basic photography.  Advanced photographers of the day could choose from a rich variety of more versatile cameras, but the tiny Pax likely appealed to travelers who wanted a simple and compact camera.

I loaded it with Ultrafine Extreme 100 film and carried it everywhere for a week. I am accustomed to carrying more camera gear than I ever need, so it was a bit of a change for me to just drop this little thing in my pack and to go bouldering with my son.  On a trip through Nevada, I stopped at several roadside curiosities and enjoyed using a simple, compact camera and the change of pace it offered.  It performed well, without a single failure, and hopefully will continue to do so.  The 45mm f/3.5 Luminor Anastigmat lens is better than I expected. It also performed well enough, even in harsh lighting. This is one that I plan to keep…I have become rather fond of the little guy.