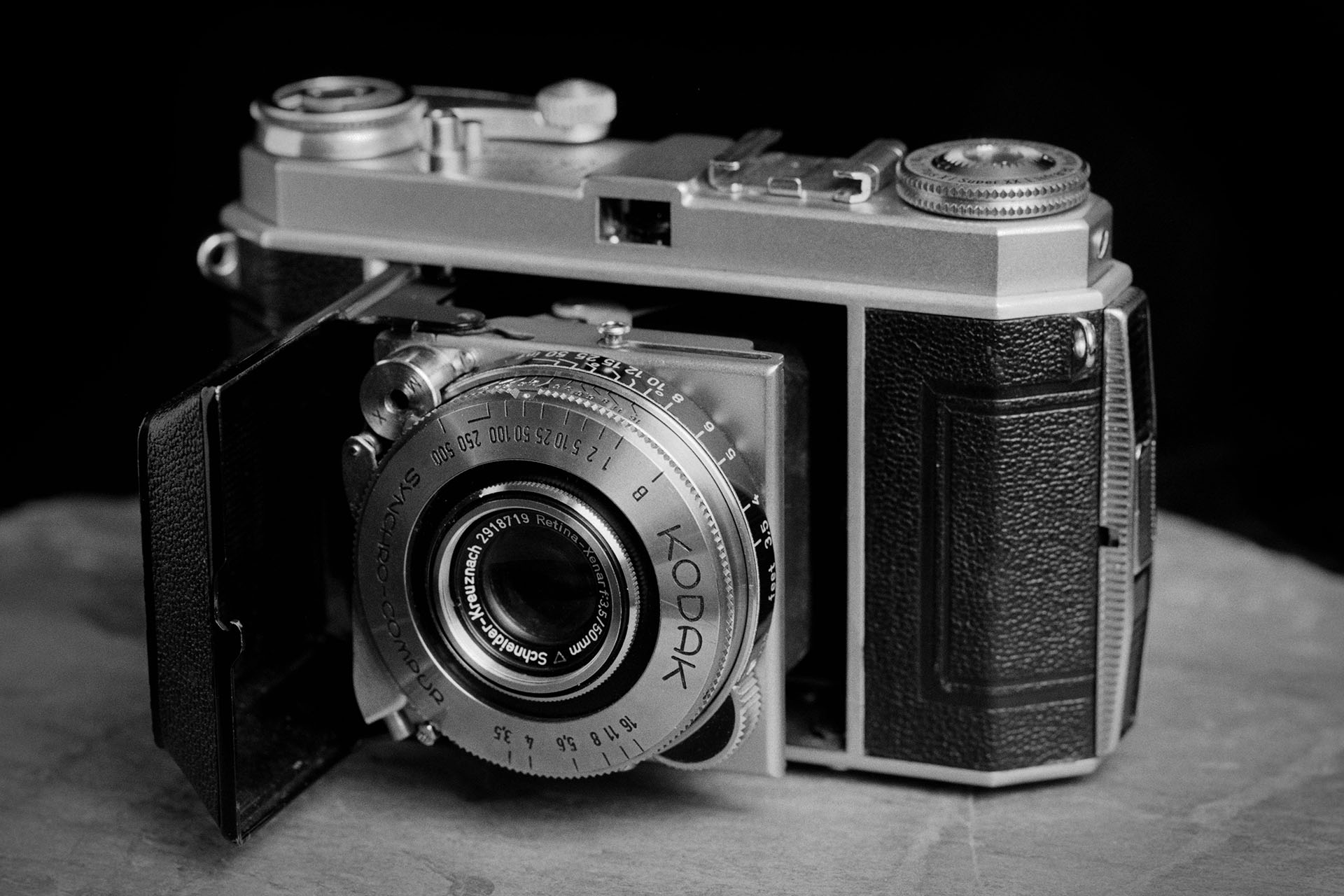 I felt bad for it.  I honestly did.  I have two other Kodak Retinas that are both pretty and functional.  This one, however, was older, worn, and not functioning at all.  It was the underdog, and I always cheer for the underdog.  I set aside some time to work on it, having decided to bring it back to life.  Decades-old grease, oil and dirt had found their way into places they didn’t belong, and the precise German clockwork had ground to a halt.  After several hours with solvents and lubricants I was able to get the shutter firing, the flash synchronized, and the focus moving smoothly again.  I cleaned the viewfinder from inside, scrubbed off the antique dirt and re-dyed the faded brown leather.

The Kodak Retina Ia was manufactured in the German Nagel Camerawerks factory from 1951-1954, owned by Kodak since 1938.  The Retinas were high-end, precision cameras intended to offer some degree of competition to Leica. Many models and variations were made.  This one was quite simple, with no meter or rangefinder.  It has a simple viewfinder for framing the shot.  Distance to subject must be estimated or measured with an accessory rangefinder. The optics are superb, made with legendary Schneider-Kreuznach glass. The lens is a slow-but-sharp Retina-Xenar 50mm with a maximum aperture of f3.5. It is a folding bellows camera, with a metal door that protects the lens while closed. It is a tiny camera, quite pocketable when closed.

Beauty is as beauty does…and it was time to make my Teutonic ancestors proud. I loaded it up with a roll of Ultrafine Extreme 100 ISO film, and took it with me on a business trip through Nevada.  It performed admirably, with no problems.  It is a testament to those marvelous craftsmen and women that only a few hours of tender loving cussing can bring a 70-year-old precision instrument back to a working state and source of joy.  Long live the underdog.