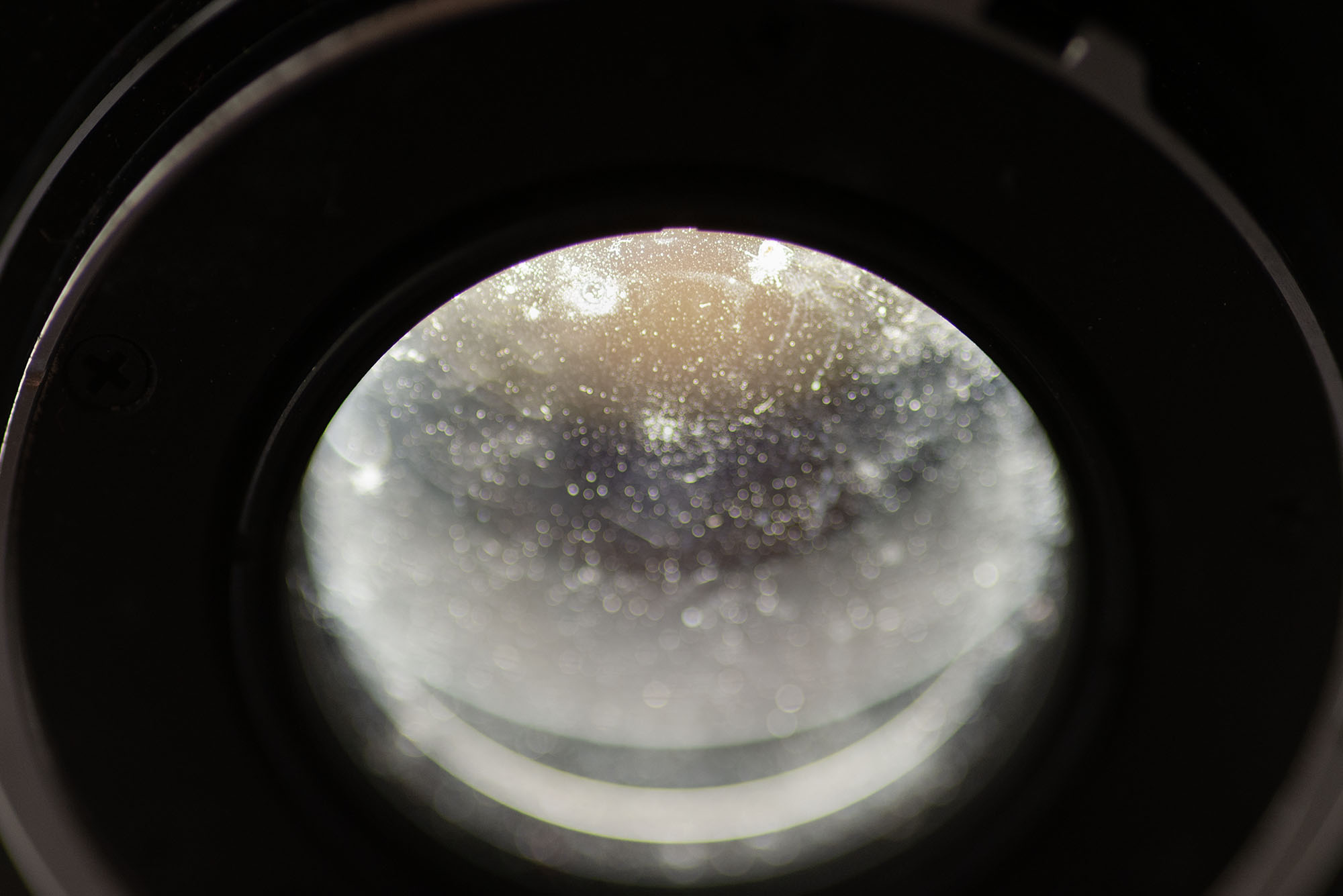 Just a quick post about a recent addition to the Minolta lens lineup, a Rokkor-X 50mm f2 with a fungus problem…

There is an antique store in a small Southern Utah town that I visit a couple of times a year if I am lucky. I passed though there last month and I managed to find a couple of things, including this Rokkor-X 50mm f2 lens.  I noticed the fungus, but my experience with fungus removal so far has been pretty good.  Mind you, I don’t see much of it as I live in a very dry region of the Southwest US.  This lens must have traveled a bit or been stored in a humid environment.

There were stringers of fungus that had grown in from the edges of the front element group and colonies scattered throughout the rear group.  I thought it was a good opportunity to just see how much the presence of the fungus affected the image quality, and took similar photos before and after cleaning to illustrate the veiling flare that results.

When I come across fungus-ridden lenses or cameras, I do my best to eradicate it immediately.  I thoroughly clean them and get rid of old cases that may be harboring spores.  I really don’t know how much threat there is to spreading it to other equipment in my display cabinet, but I don’t want to take any chances.

Unfortunately, I was not able to clean 100% of the fungus, as there was a little bit between lens elements that I could not separate (and, believe me, I tried).  There is also one tiny spot on the edge of the rear element that was etched by the fungus, and while the fungus may be gone, the etched glass remains pitted. Its location likely makes it inconsequential, except perhaps under certain lighting conditions with the aperture wide open.

The comparative photos were both shot at f2, and display a significant decrease in flare.  I think the comparison speaks for itself.  Anything on the glass, whether scratches, excessive dust, water spots, or fungus colonies do indeed degrade image quality.  The cleaner the lens, the cleaner the image.  I don’t think that’s a logical stretch at all, and I think this informal test confirms that.