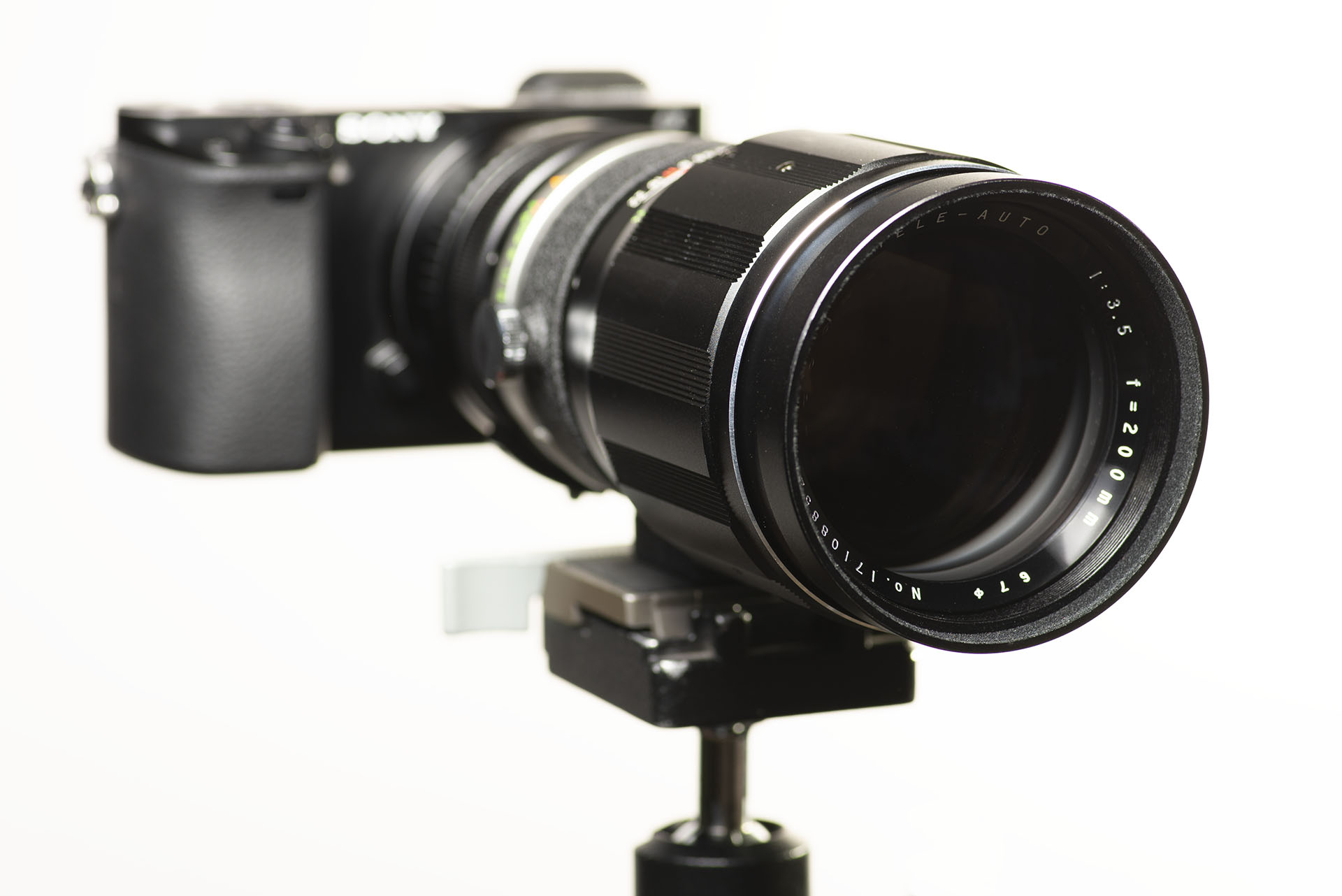 Soligor was a company, like several others, that commissioned and rebranded Japanese lenses and marketed them as a lower-cost alternative to name-brand lenses.  The companies that manufactured for their brand included Kawanon, Kobori, Komine, Sun Optical, Tamron, and Tokina.   Lenses were produced for most of the major thread and bayonet mounts. Soligor lenses are currently abundant on the used market and are quite inexpensive.

The old adage, “You get what you pay for” still rings true, even in the 21st century, but there are occasions when you get more for your money than you expected.  That was the case with this lens.  It came to me in a box of miscellaneous equipment, a generous gift from the gracious owner of the last camera shop in town as he closed his doors and retired.  I already had a Soligor 200mm f2.8 made by Sun Optical and was curious to see how its smaller sibling compared.

A little research showed me that this M42 screw mount lens was made by Tokina.  This was good news to me, as I have a high regard for several lenses from Tokina’s AT-X Pro line of optics.  The build quality is very good, with all metal construction and a reassuring heft.  The movement of the scalloped metal focus ring is buttery smooth, much like the Nikkor or Canon lenses of the same era.  The apertures range from f3.5 to f22, with full-stop clicks.  The weight would normally make me a bit nervous about excessive strain when mounting it on a modern mirrorless camera, but there is an adjustable tripod mount ring on the lens barrel that bears the load when using it on a tripod or monopod.  That is my preference for long lenses anyway, to avoid motion blur.

Most film-era SLR lenses were designed to cover a 24mm x 36mm frame of film, equivalent to today’s full-frame sensors.  Using any legacy SLR lens on a crop-sensor mirrorless camera has considerations worth noting.  (This is likely going to be a common application until the majority of mirrorless cameras are full-frame.) With the 1.5x crop factor for a Sony APS-C mirrorless, the lens has the view of a 300mm lens.  Optical flaws common to budget lenses include loss of edge sharpness and vignetting.  Since the image on the APS-C sensor is created by the central area of the lens, these flaws are essentially cropped out.

This lens frankly exceeded my image-quality expectations.  I have stated earlier that sharpness is secondary to character, but it is still important.  I found the sharpness to be much better than many third-party lenses, including other Soligors I have had.  Perhaps Tokina being the manufacturer has something to do with that.  Bokeh is a very subjective area of photographic aesthetics, but I like what I see in the out-of-focus areas of the images.  I don’t find the background distracting.  I also see very natural rendering of colors, with a balanced palette.  I commonly use shapes and colors in the out-of-focus background or foreground as important compositional and directional elements, so it is important for me to know how a lens renders those features.  This lens rendered the scenes very naturally, much like I saw them.  Overall, I found the character to be quite pleasing and all the surprises have been positive.

If you care to look up published specifications, the text on the name plate is as follows: