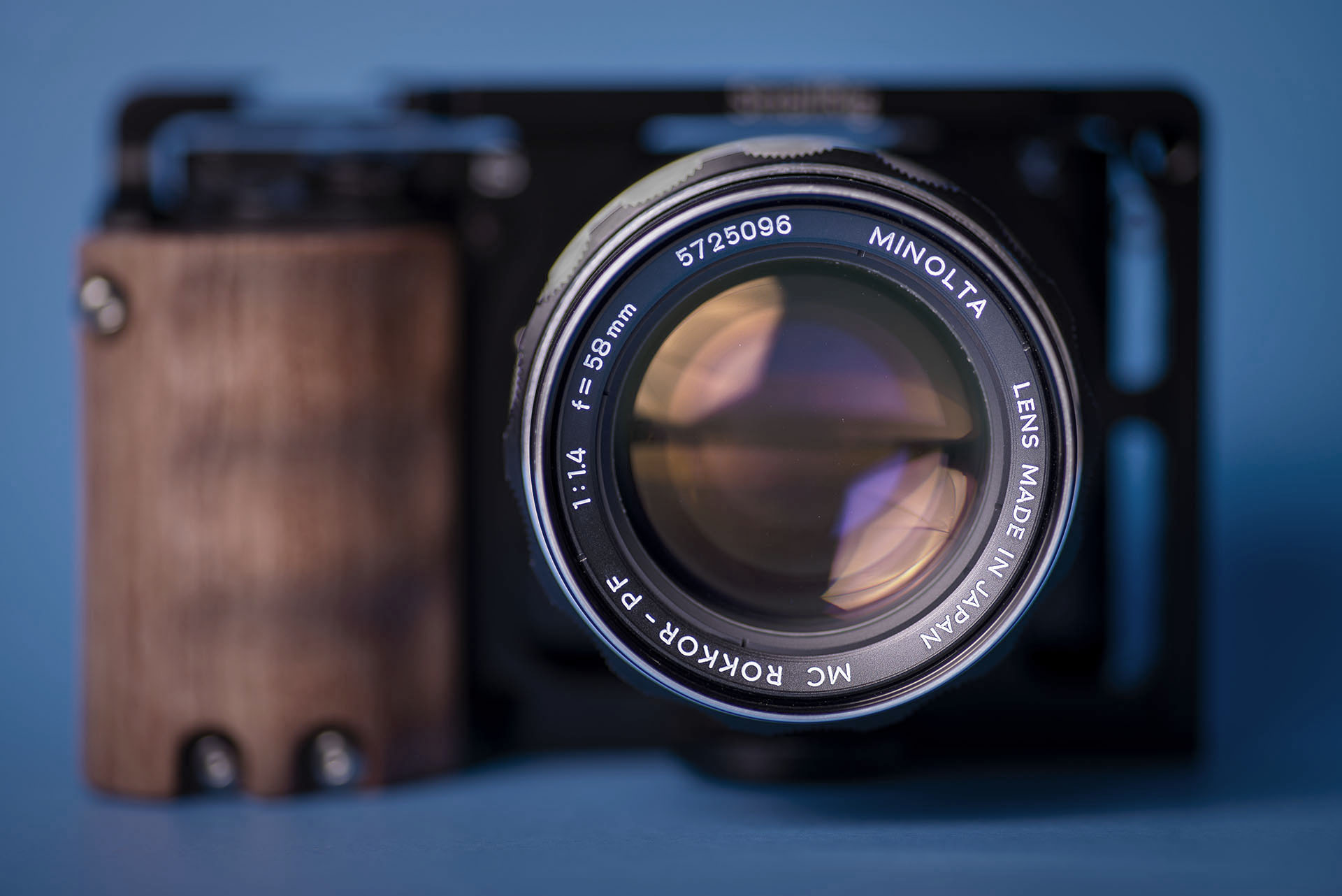 If there are patterns that emerge throughout the lifespan of this blog, one will be my appreciation for Minolta lenses.  I used the Minolta system through the 1990s and was quite satisfied with the image quality it produced.  Nikon and Canon led the pack in the professional arena, and Minolta seemed relegated to the amateur ranks.  Many seemed to ignore the fact that in 1972, Ernst Leitz (of Leica fame) signed an agreement with Minolta for technical cooperation.  This collaboration lasted for years and resulted in the production of several camera bodies and lenses.  Surely, Ernst observed that something good was coming out of Minolta.

I held onto much of my old Minolta film gear, perhaps out of nostalgia, even though I wasn’t using it anymore.  It sat in a ragged old bag, in exile after the digital revolution.  On a visit to my parents, I was given my father’s old SRT201 body and a few lenses.  With a half-dozen lenses and a couple of bodies, I decided to put them to use or pass them on.  I purchased an adapter for the Sony mirrorless E-mount, and an old flame was rekindled.

In the summer of last year, I received a text from a friend, an antique store owner.  I had purchased cameras and lenses from him in the past, and he always notified me when something interesting came in.  I dropped by on my way to work and left with three hefty chunks of brass and glass, including this Minolta 58mm.  This lens came to me in excellent optical, mechanical, and aesthetic condition.  Despite its age, it appeared well cared for.  I always look for evidence of impacts, separation, fungus and haze, and this one exhibited no signs of trouble.  The focus helicoid still felt like it should, and the aperture blades were snappy and clean.  To date, I have used this lens on my Sony A6000 as well as my Nikon D610, with appropriate adapters.  It performs beautifully on both.  It is equally at home on the SRT201.

For those who may be more technically oriented, the specs are as follows:

As with many classic lenses, it is a bit soft and dreamy wide open, and improves dramatically as I stop down.  It isn’t any different than my classic Nikkor or Pentax 50mm f1.4 lenses.  In fact, it is a bit better at f16 than many lenses in this category.  Diffraction seems to be better controlled.  A little sharpness boost in post-processing isn’t against any religion, and is usually applied anyway, regardless of lens choice.  In the out-of-focus areas, one will find what is commonly termed “soap-bubble bokeh”, in which there is a brighter ring around out-of-focus specular highlights.  In the absence of those highlights, there is a gentle transition from in-focus to out-of-focus areas.  I decline to participate in the debate about good vs. bad bokeh.  I welcome a little character in the out-of-focus areas; I just don’t want it to distract from the subject.

Different lens manufacturers operated on different philosophies regarding image quality.  Some emphasized resolution, establishing a threshold of acceptability expressed in cycles (line pairs) per mm.  Others believed a minimum contrast level at a certain number of cycles per mm was the secret.  Minolta adopted Leica’s approach to balancing micro-contrast and overall contrast.  Textures and surfaces seem to benefit as a result.  Minolta also did something nobody else was doing at the time, which was to ensure the same color transmission and contrast throughout their range of lenses.  This mattered far more back then, particularly to audio-visual producers rather than casual shutterbugs.  I doubt there were many technical debates about MTF charts or micro-contrast during the compulsory holiday slide show in Aunt Judy’s living room.  If anything, that one uncle (you know the one) would start belting out Kodachrome by Simon & Garfunkel.

Today, color and contrast are more affected by the camera’s sensor, in-camera software, post-processing program, and final output, whether monitor or printer.  There is a lot of room for variation at each juncture. I believe, however, that subtle differences offered by legacy lenses are still visible despite all the digital interpolation, even if I can neither qualify nor quantify them.  Some of that character is undoubtedly created by what optical engineers consider flaws.  Thankfully, some talented creators have rediscovered the charm of this old glass, contributing to its resurgence in popularity.  After all, the epic and timeless photographs from the 20th century that still grace the walls of galleries were made with those “under-corrected” lenses.  If we ever evolve beyond the ability to find beauty amid imperfection, we will be sad creatures indeed.