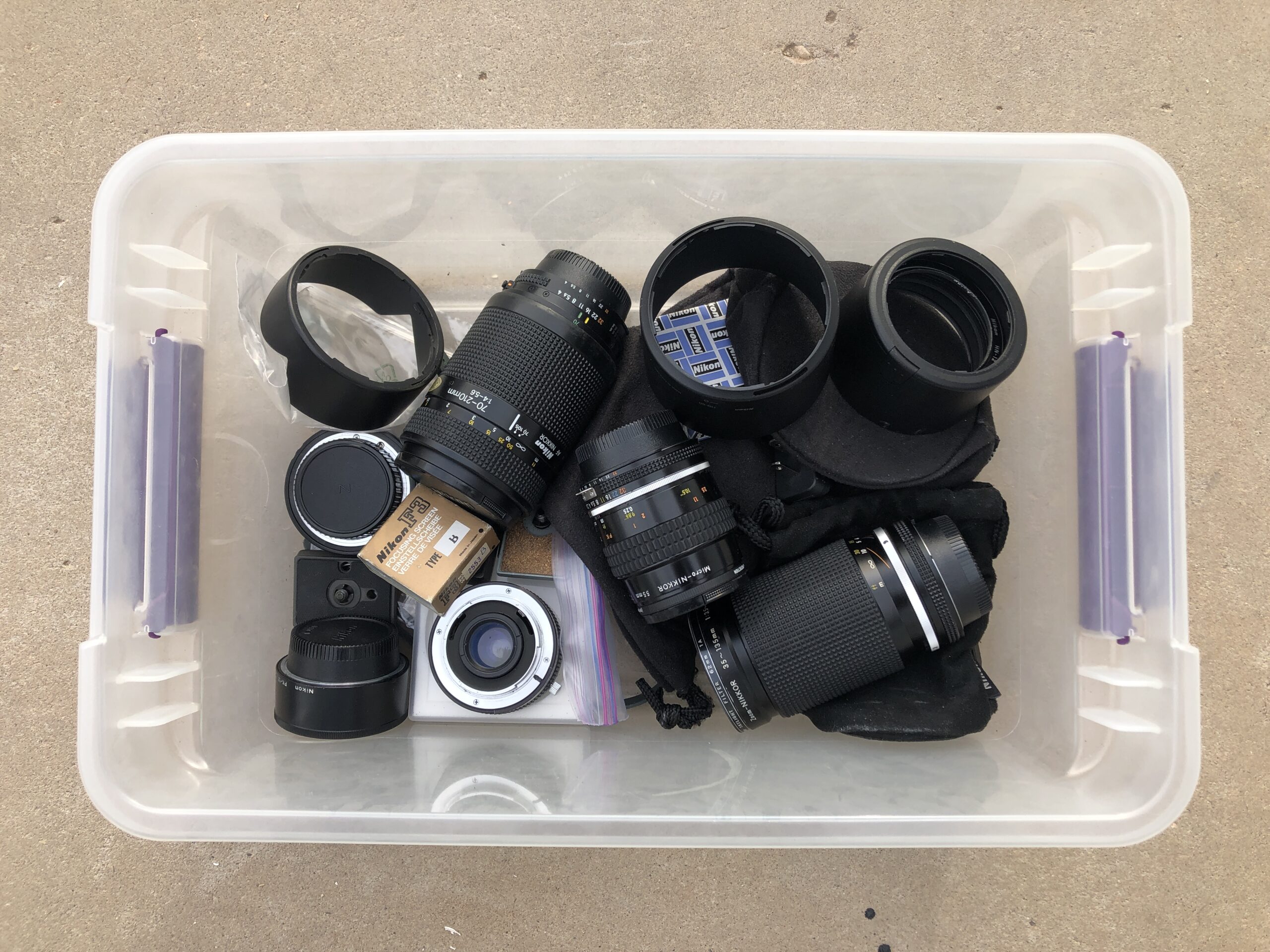 Previously I wrote about “Camera Collecting and Critical Mass”.  The basic premise is that once you have a certain number of old cameras, they set off a chain reaction in which more cameras just seem to appear out of nowhere.  Perhaps the phenomenon is closer to the Accretion Theory of the early solar nebula, in which matter gravitates toward matter and masses grow larger to eventually form into planets.  My dear wife doesn’t buy into the physics-based theories; I think she believes that there are actual people behind it, secretly and deliberately enabling addictive behavior.  Either way, the ‘forces that be’ have been benevolent lately.

Recently two lots of camera gear were dropped in my lap, within days of each other.  One came from the back room of a pawn shop (the owner is an old friend), and the other came from my wife’s wonderful aunt who was distributing her late husband’s belongings among his family.  Among the new arrivals is an Olympus OM-10 with 50mm f1.8 and 75-150mm f4 lenses, a Zeiss Ikon Ikonta 521 (medium format folding camera), a Micro-Nikkor 55mm f2.8 AIS with PK-13 extension, a Zoom-Nikkor 35-135mm f3.5-4.5 AIS, with an assortment of other compact cameras, lenses, teleconverters, hoods, filters, and miscellaneous accessories.

It took a while to work my way through them all and clean them up.  Happily, most of it was in working order except for a few of the P&S 35mm cameras.  One Olympus P&S cleaned up nicely and is now in the hands of my nephew.  He was able to develop his first two rolls of film last night and is getting excited about analog photography.  I was thrilled to receive the Zeiss Ikonta 521, which is the little sibling (6×4.5 cm) to my Zeiss Ikonta 523/16 (6×6 cm) folder.  It is even more compact and pocketable.  This last week I was shooting in the Old Town district of Albuquerque, New Mexico, with the Ikonta 521, as well as the Nikkor 35-135mm on a digital Nikon FX body. Those will likely be the subject of upcoming posts.