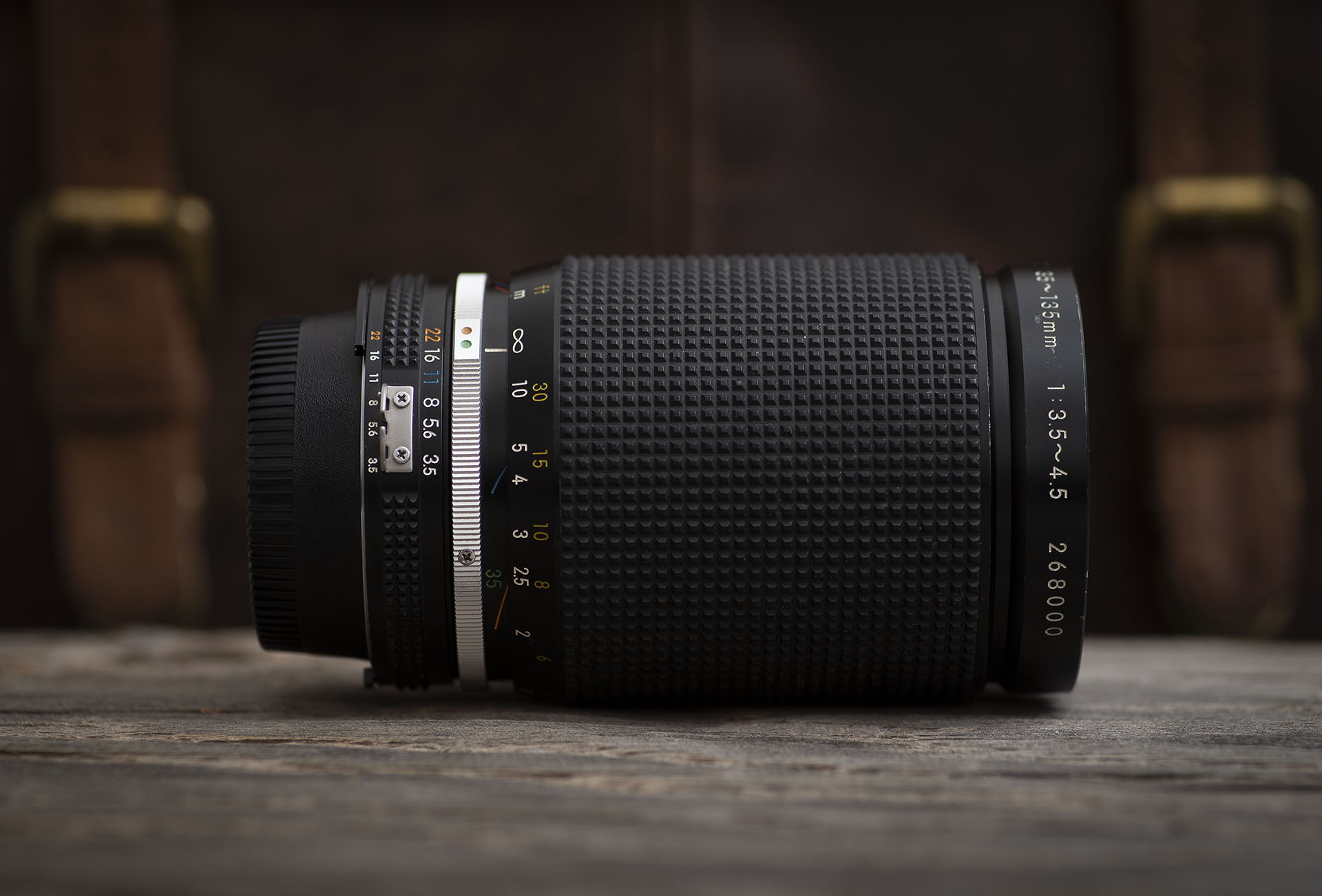 This lens was in a plastic tote full of miscellaneous gear offered to me by an old friend who owns and operates a pawn shop.  I probably would not have run out to purchase one of these, as I already have a Nikkor 35-105mm f3.5. But, it was there, and it was worth a try.  I took a few quick test shots, and determined that it was at least working and intact, and I took it on a trip that took me through Arizona, New Mexico, and Texas.  In fact, it was the only lens I brought for my FX Nikon DSLR.

Rule number 37 states that “Nothing ever goes as planned”, and this trip fell prey to that rule.  At a restaurant in Page, Arizona, three out of five of our family ate something that pretty well ruined the next two days.  Within hours of dinner, they were showing symptoms of quite serious food poisoning.  We made an unplanned stop in Albuquerque, New Mexico on Saturday and holed up for the night hoping the crisis would, umm, pass.  Saturday night, my son and I (the only two seemingly unaffected) went for a walk downtown.  I had always wanted to see the artsy Old Town district of Albuquerque, and since we were several hours behind in our itinerary, it seemed to be my only chance.

It was dark and the shops were closed, but I knew I needed to return with a camera.  I did exactly that at 7am the following morning.  It was Sunday, and I pretty much had the place to myself.  The shops were still closed, but the history, architecture, and colors fascinated me.  I proceeded to walk and photograph to my heart’s content.  The rest of the group didn’t even miss me, as they were still asleep.  I pointed that lens at everything I thought had potential.

My “user experience” with this lens is a mixed bag.  I’ll mention the good stuff first.  This lens has a generous range of focal length, including a macro setting.  I enjoyed the ease at which it zooms from moderate wide angle to moderate telephoto with the same ring used to focus.  It is quite easy to use in that regard.  Framing and focusing happens quickly without fussing about with multiple controls.  This lens feels solid in the hand, built to typical Nikkor standards.  In open shade, colors were rendered gently with a low apparent contrast, but in the bright New Mexico morning sun, contrast perked up and colors popped.

Zoom lenses are not my preferred tools, and I have stated that before.  I have acquired a few that work quite well, but most have found new homes.  My initial impression is that this will probably follow that course.  After looking at and processing the photos, I found them to be rather flat looking.  That’s acceptable for a flat subject, but I remained uninspired.  Wide open, images are soft and present a bit of glow, and it really doesn’t improve much until f8.  There is some distortion at all focal lengths, and while I am able to correct it in post-processing, it’s an annoyance.

High-contrast subjects displayed moderate chromatic aberration, but that is also easily rectified digitally.  Flare did not seem to present itself despite having direct sunlight shining on the glass.  Regarding sharpness, while I don’t have an analytical and quantitative answer, I have to say that I was unimpressed.  Photos that I was sure would be adequately sharp displayed varying degrees of blur.  Because of that, I missed quite a few shots.  I still don’t know if it was user error, but my reject ratio was alarmingly high. I am usually quite safe hand-holding at high shutter speeds with adequate depth of field.  That compensates for a lot of potential for motion blur and missed focus.  Nonetheless, I tossed a lot of shots, many of which I should have nailed. Even those that were “as sharp as can be expected”, benefitted from additional sharpening in post.

When using this lens on a Nikon F3 film camera, I had a higher rate of “keepers”, in that I rejected fewer photos due to unacceptable blur.  In fact, on film it looked pretty good overall.  That is, after all, what it was made for.  I have only used it on black and white film so far, as I shoot very little color film.  I would hesitate to use it with high-quality slide film, as the chromatic aberration would likely become more apparent.

So, my summary is as follows: It has neither exceptional character nor sharpness, but it is a reasonable, low-cost walk-around lens with a nice range of focal lengths.  If one is less picky than me about certain characteristics, but in need of a one-lens package, then this lens could serve that purpose just fine.  On black and white film it seems quite adequate.  I am going to give it another chance in a more controlled studio environment to see if I can make peace with it.  If I can’t, then I’m confident I can find a more appreciative home for it.