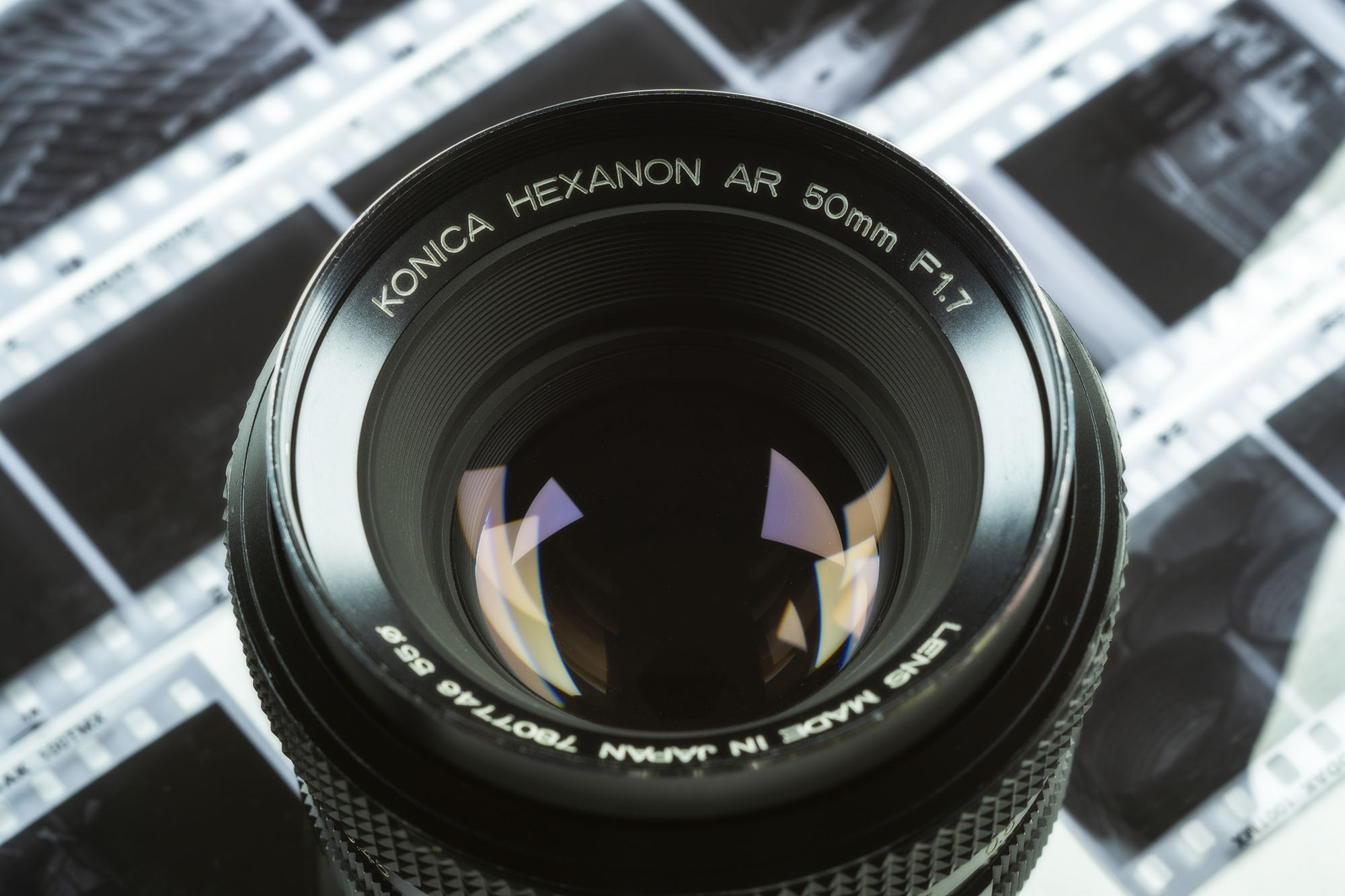 Konica is a brand I had never taken very seriously.  I knew their rangefinders were good, but that’s about it.  Their SLRs seemed to be relegated to the budget-minded amateurs, and I had never heard anything either positive or negative about their (SLR) optics.  They were simply Konicas.  No myths, legends or associations with famous photographs or photographers that I knew of.  Great for shooting a roll of budget film with a Christmas tree at each end of the roll and a Disneyland vacation in the middle.  Konicas simply sat in a Sears bag on the top shelf of the hall closet in a suburban three bedroom house occupied by Donald and Judy plus their two kids and a dog.

When mirrorless digital cameras allowed us to use old glass with inexpensive adapters, I was able to rekindle relationships with lenses that had been in exile since the digital revolution.  My old glass was suddenly relevant again.  As more people began to do the same, and a younger generation discovered that old lenses rock, a few lenses started to pull away from the pack and distinguish themselves as solid performers on digital bodies.  Among them are the Minolta MD 45mm f2, the Pentax Super-Takumar 50mm f1.4, Nikkor-H 50mm f2, and the subject of this humble post, the Konica Hexanon AR 50mm f1.7.  I largely ignored the Hexanon because I didn’t own any other Konica lenses or bodies.

On a recent trip through Northern Nevada I stopped in at one of my usual spots where cameras and optics have turned up with good prices.  There was a Hexanon in decent shape but with oil on the blades, rendering the aperture sluggish.  After I showed the problem to the clerk, he made me an offer I couldn’t refuse.  It was a risk and it paid off.  I was able to disassemble, clean and reassemble the lens groups and the aperture mechanism without any mishaps or leftover parts.

By the time I had gotten around to cleaning it up, the adapter had arrived.  I popped it on the Sony, added a UV filter and a collapsible hood and went about trying to figure out what was so special about this lens.  It lives up to its reputation of being sharper than most vintage lenses.  I guess I also expected some kind of magic, a unique rendering or bokeh or excellent something.  Nothing particularly exciting stood out to me as I began using it, but it really grew on me over the course of several outings.

The Hexanon AR series has come to enjoy a bit of a cult following, and the 50mm f1.7 has garnered respect among mirrorless image-makers.  After handling and testing this one, I can understand why.  It is simply a really good lens.  Upon disassembling it, I saw evidence of quality workmanship equal to other good Japanese lenses.  A bit of research indicated that it had been manufactured by Konica, whereas some of their lenses were subcontracted to Tokina. That’s neither good nor bad; Tokina made some excellent lenses also.

I have trouble accurately describing certain lens qualities, and I don’t think I’m the only one.  I’ve read enough reviews that left me even more confused.  I have peered at and pored over side-by-side 100% crops of supposedly different images without detecting the nuances they intended to demonstrate.  Some qualities can’t be quantified, nor can they be described in adequate terms.  Moreover, much of the evaluation of lens characteristics is so subjective, there can be no such thing as good or bad.

This lens is not particularly refined in terms of its mechanics.  The focus helicoid is smooth and constant now that there is new grease in it.  The aperture ring, despite being cleaned and lubricated, still feels a bit ratchety and rough compared to higher end lenses.   That should come as no real surprise, though.  I don’t expect it to feel like lenses several times its price.  Ultimately it is the optics that create the images, not the mechanics.  In that regard, I can find no flaws.  I can’t tell you why I like this lens.  I just do.  It is a quality vintage lens that can be used to make beautiful images with a vintage rendering, whatever that means.