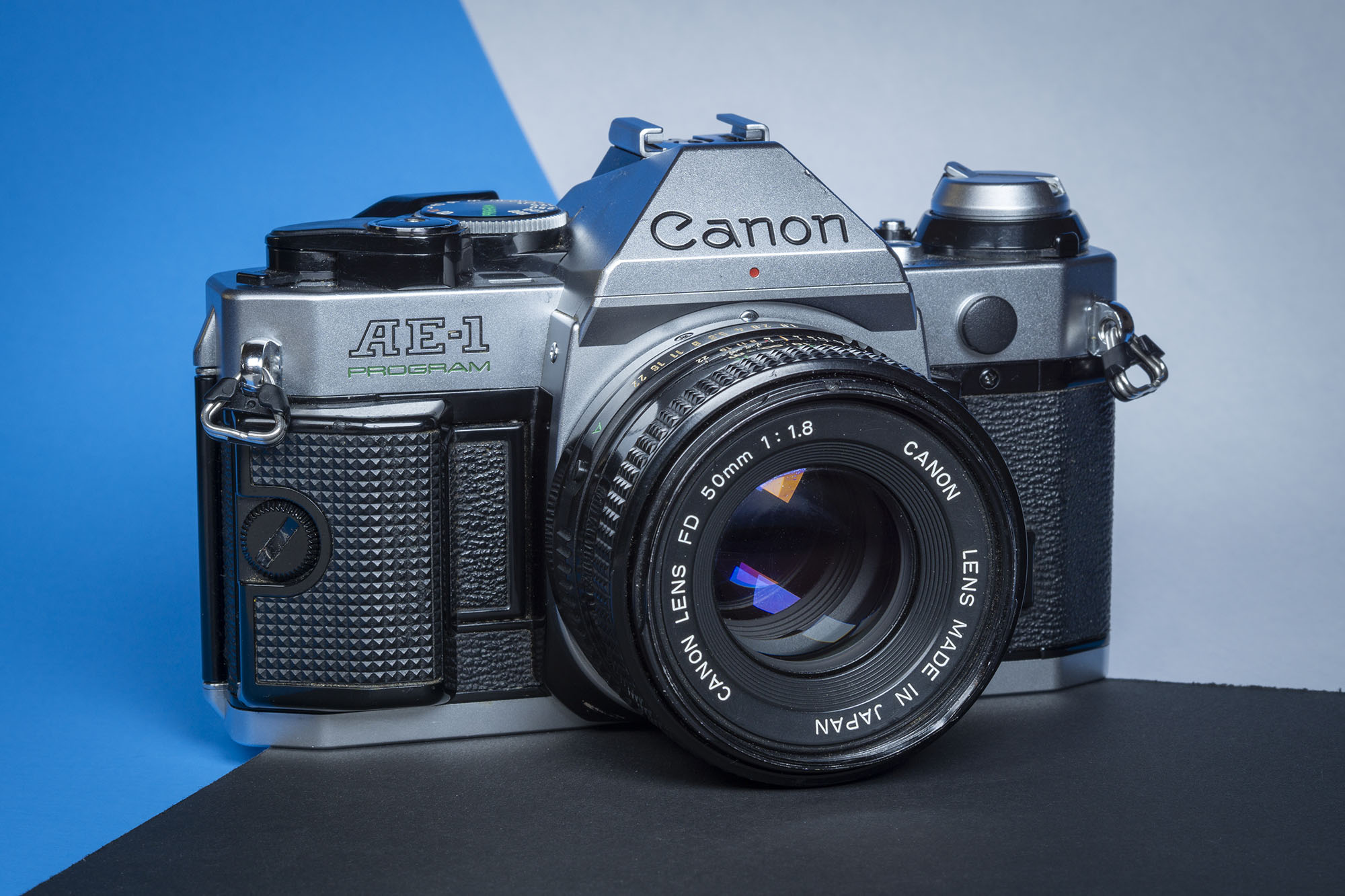 I hesitated to even write this, because there is little chance of saying anything that hasn’t already been said a hundred times about the AE-1 Program.  I would estimate that ninety percent of the world’s populated land mass has been photographed at one time or another with a Canon AE-1 Program.  They were everywhere back in the day.  There’s a reason for that.

Canon has produced solid professional and working-class cameras for a very long time.  They tend to last, and that is a testament to their quality.  This one is no different.  Canon introduced the AE-1P in 1981, five years after the original AE-1 had been in production.  The new program mode allowed the inexperienced to nail the exposure almost every time, without thinking about it.  It has all the features one needs to properly document just about anything, whether working in the program mode or in manual mode.  Sophisticated yet simple, attractive yet functional, compact yet feature-packed, this camera represented a high point in camera design and marketing.

Having said that, its features are really quite standard, with nothing that makes it stand out as extraordinary.  The manual shutter speed range is a typical 1-1/1000 second plus B.  Lots of cameras have that and more.  The flash sync is a rather boring 1/60 second.  It has a hot shoe, self timer and auto-exposure lock.  Again, nothing new there.  The program mode works great, but it doesn’t read minds or play music.  On paper, it is just another bog-standard SLR with nothing to brag about.  But when you put it up to your eye and take a picture, you suddenly understand why so many of these were sold.

One thing that struck me upon first using it is the seemingly huge and bright viewfinder.  It is simple and uncluttered, with LED indicators along the side showing recommended aperture settings for the shutter speed set on the dial.  The film wind lever is also very smooth, as good or better than most contemporary SLRs.   Movement and vibration from the shutter mechanism are well controlled and almost imperceptible, and that matters for creating sharp images.  All the controls are ergonomically correct and it is very comfortable in the hand.

There are, however, a few things I might have changed in the design phase.  First, (and this should come as no surprise if you have been reading my insufferable twaddle), I would have had a mechanical shutter.  Yes, I realize that this came about in the age of electronic shutters, but they are less serviceable the older they get.  That said, it hasn’t failed yet.  It’s just my preference.  Second, the battery compartment is located in the front of the camera, under the grip panel.   It is a little more difficult to access than the typical bottom compartment.  Third, a dedicated aperture-priority setting would be nice.  That is the mode I would use the most, outside of manual.

Other than those few insignificant preferences, I have no complaints about this camera.  The plastics, leatherette and chrome have held up nicely, with no apparent age-related degeneration.  The lens that came with it, a Canon FD 50mm f1.8, is still in good shape and all moving parts are still moving nicely.  The optics seem to be quite nice and sharp on film, with no apparent aberrations or problems.  I’ll take a closer look at the lens later, on a mirrorless digital body, but so far I like what I see.

I understand why this was one of the greatest family cameras ever marketed.  It has a program mode for those who seek simplicity and convenience.  It can be operated in fully manual or shutter-priority modes for greater control and creativity, and it has all the features either a beginner or advanced enthusiast would need or want.  Canon seems to have understood that market segment and nailed it.