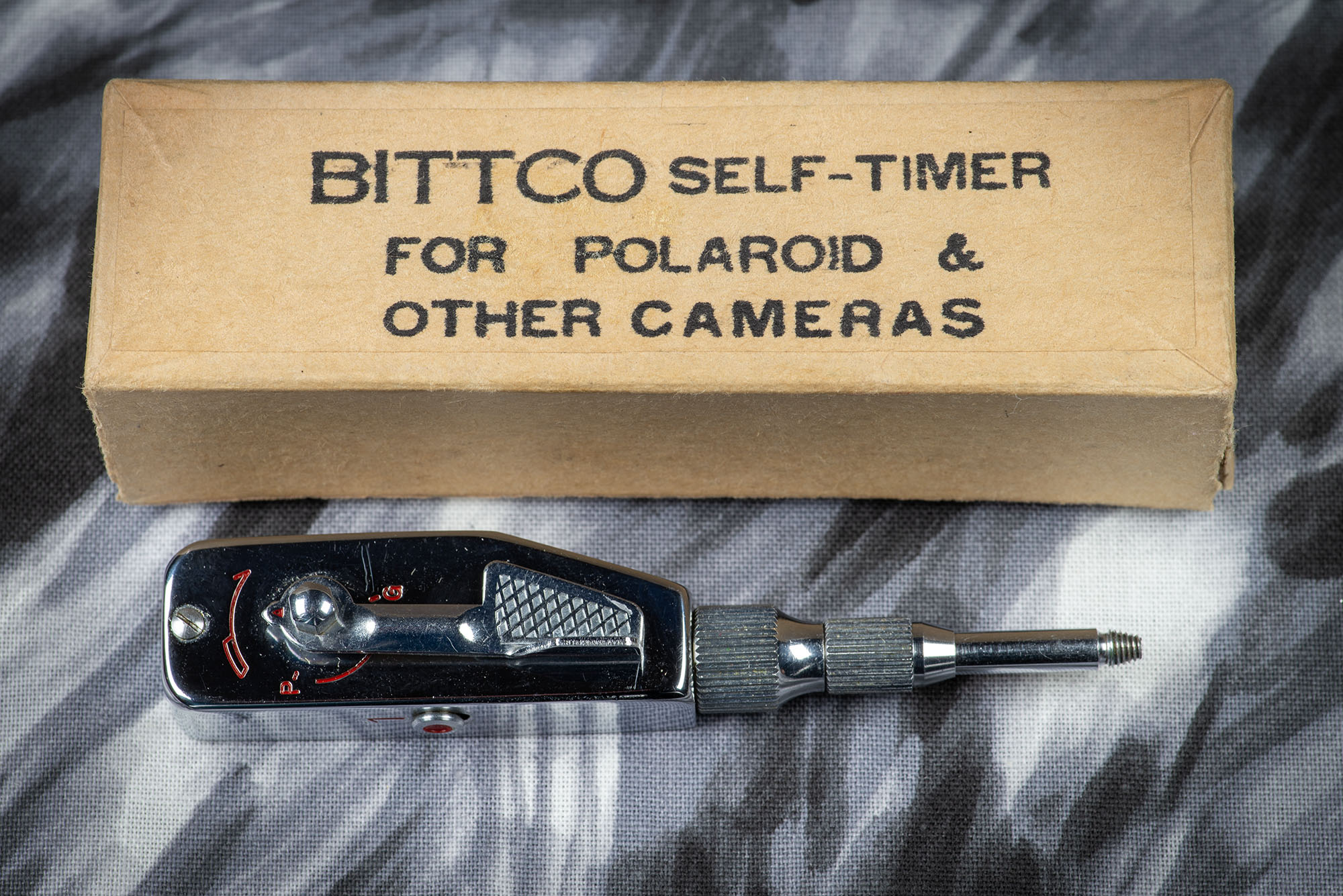 Most of my cameras have a self-timer mechanism built into the camera body.  As ubiquitous as the design feature should be, it is notably absent in some cameras.  Perhaps the designers regarded the feature as trivial, or maybe it was an issue of cost or space utilization.  Regardless, it was a problem to be overcome, and problems are just opportunities for enterprising inventors.

I believe there were more models of these made than there were camera models that lacked an integral timer.  The variety available was dizzying.  All accomplished the same task, which was to delay the actuation of the shutter, giving the photographer time to do whatever it was that he or she required the extra time to do.

To make a timer as universal as possible, the plunger length had to be adjustable.  If the plunger was too short, it would fail to trip the shutter.  Too long, and it could potentially damage the camera.  As a result, most had the provision for adjusting the length of the plunger pin.  In real-world use, one must determine the minimum length of the pin to trip the shutter and lock in that adjustment to prevent failure or damage.  The easiest way I have found is simply trial and error, starting with a short setting and increasing the length until the shutter trips.  That is usually done by turning a threaded sleeve on the arm that screws into the button.  Naturally, it is wise to have this sorted out before one needs to take the photo.

Not all cameras had the same method of attaching a cable release or timer.  Screw-mount Leicas (Barnacks) and some clones have a threaded collar around the shutter release button, requiring either a dedicated timer made by Leitz, or an adapter for more traditional releases.  The Nikon F and F2 series had a similar threaded collar, but they had integral self-timers.  However, this becomes an issue with the use of cable releases with all of these models.

If you own and use a camera lacking a self-timer, you might consider finding one that meets your needs.  Even if it would only get used once in a blue moon, its steampunk appeal cannot be overstated.  There is a certain satisfaction in the haptics of setting the timer, and the audible whirring of the clockwork gears.  It is sure to garner attention from onlookers.