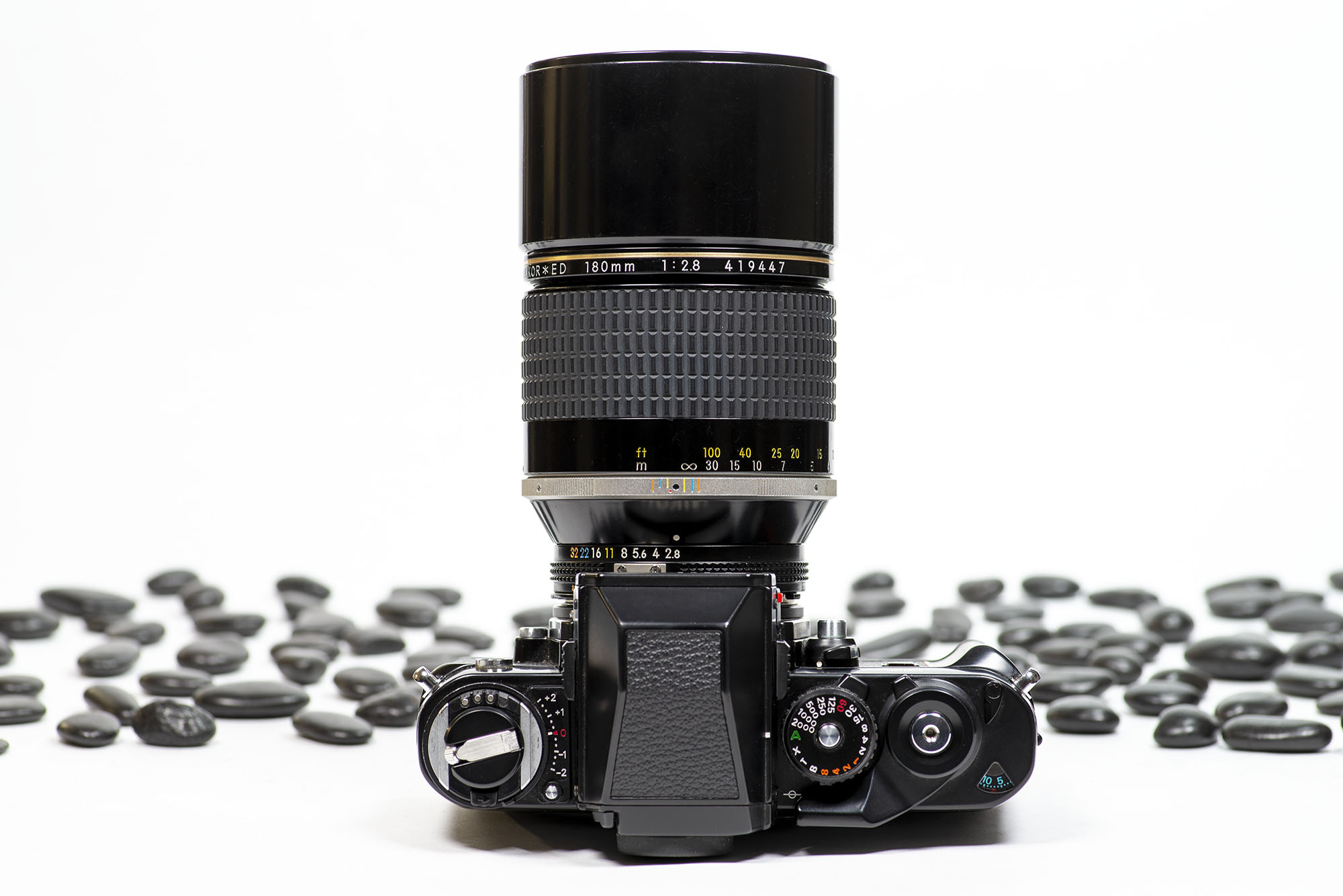 Fast telephoto lenses have always been the staple of sports and wildlife photography.  They are most often seen in the hands of professionals, as their cost is typically too high for the casual shooter.  Telephoto lenses with a large maximum aperture allow a photographer to isolate a subject and freeze its motion in unique way that is unnatural to our minds.  That compression of perspective, time-stopping ability, and isolation of a subject offers a view quite foreign to our eyes.  Therein lies their magic.

Nikon and Canon have both excelled in this genre of lenses for decades, and took turns dominating the professional sports scene until relatively recently.  Overcoming the optical problems of fast telephotos proved challenging for years. There are peaks in that evolutionary curve at which truly stellar lenses appeared, and this lens represents one of them. The Nikkor 180 ED f2.8 was a “unicorn lens” for me for a long time.  It had its place in professional portraiture, fashion, some sports, and even astrophotography.  It is a beastly lens, made of metal with lots of glass inside.  Let’s examine why it emerged as a classic.

In an effort to try to keep things tasteful, I will simply say that in this context, “ED” refers to Nikon’s elite “Extra-low Dispersion” glass.  Optical challenges of telephoto lenses include Chromatic Aberration, which is characterized by color fringing in a photo, particularly along high-contrast lines.  This is the photographic result of dispersion, which is the phenomenon of light passing though glass and splitting into color bands.  Folks in my age bracket might recall (or might not recall) staring glassy-eyed at the cover artwork of Pink Floyd’s “Dark Side of the Moon” album.

Light is going to do this when passing through glass. Without some way of controlling this, lenses will focus each color wavelength at a slightly different distance, either ahead of or behind the film or sensor plane.  This is what causes the color fringe in an image.  Having low-dispersion glass in critical optical elements in a lens prevents this better than previous attempts.  The net result is that images are visually clearer, sharper, and lines appear more crisp.

Nikon’s ED 180mm f2.8 lens allows the photographer to practically remove a subject from its surroundings, owing to the long focal length and narrow depth of field.  Distracting elements in the foreground or background simply melt away if desired. Conversely, if the photographer chooses to include more visual context, the photo is shot from farther away with a smaller aperture.  This still gives a different feel to an image than the same image shot much closer with a normal or wide-angle lens.  A close-in shot with a wide-angle allows the viewer to almost feel a part of the action.  The same scene from farther away with a telephoto allows the viewer to observe the subject from afar, without any danger of disturbing the unfolding scene.  Evoking emotions through imagery is the photographers job, and the use of focal length and depth of field are critical to doing so.

Manufactured for twenty-five years (1981-2005), the ED version of this lens is the second iteration of the 180mm f2.8.  The previous, non-ED version is also an excellent lens, but simply less corrected for CA.  Unfortunately, I was not able to beg, borrow or steal one for the purpose of comparison.  Its twenty-five year run overlapped the introduction of the autofocus lens of the same configuration.  This should indicate something about the quality.  Camera manufacturers must innovate and release new products to stay relevant in the marketplace.  When they refuse to retire a product that would appear to be obsolete in light of advancing technology, there’s a reason.  It’s just that good.

In a previous post about the Nikkor 200mm f4 Ai-s, I mentioned that its maximum aperture is only one stop away from f2.8.  The difference in size and weight between these two lenses is almost comical.  If I am traveling light with no specific needs, then the 200mm f4 is in the bag.  Sometimes, however, that extra stop is needed for either practical (low light) or aesthetic (DOF) reasons, and this lens offers those advantages.  The weight is just about the only aspect that could be considered a disadvantage.  Since I am using it on a tripod or monopod most of the time, that weight only becomes an issue in transit.

My first serious shoot with this lens was a couples/bridal session outdoors.  We shot under different lighting conditions, including late afternoon-evening light filtered by thin clouds.  As the light was fading,  I was grateful for that extra stop of light.  I was shooting on a sturdy monopod, but the wind was blowing and I needed the speed.  I believe the weight of the lens became an asset as well, lending to the stability of the whole rig in the wind. Images came out remarkably sharp, and actually better than I had anticipated.  With permission from the couple I have included one from that shoot.  It was printed beautifully at 24” x 36”.

I realize that it is a bit short for serious sports and wildlife lenses, typically starting at 300mm and going up from there.  It is also a bit long for the typical portrait lens category, which is occupied by the 85mm to 105mm class.  So, where does this really come into its own as a solid performer?  Anywhere there is a need for fast glass and a moderately long reach.  I recently shot a small-town rodeo and I alternated between this lens and a 100mm f2.8 lens. The action was fast, the lights were low, and the shooting locations were often less than ideal.  I left feeling like this lens was a worthy find.  It erased any doubt about its abilities.  (Off-topic:  I highly recommend small-town rodeos; they are very different than professional events.  Access is easy to get and they are just a whole bucket of fun.)

Since focusing is done at the maximum aperture of f2.8, images just seem to snap into focus.  This was needed in low light scenarios.  I rarely shoot wide open, because I like to have a little depth of field to help cover any minor focus problems.  Most lenses are sharper and have a cleaner look when stopped down a little.  So, even though the max aperture is f2.8, I like shooting at f4.  I still have a nice separation if I have done my part in placing the subject and the background far enough apart.

Many internet commenters have heaped praise on this classic chunk of brass and glass.  It does what it does with an uncommon degree of excellence and with old-school charm.  Even if I had a modern 80-200mm f2.8 zoom lens, I would unquestionably keep this one and use it.