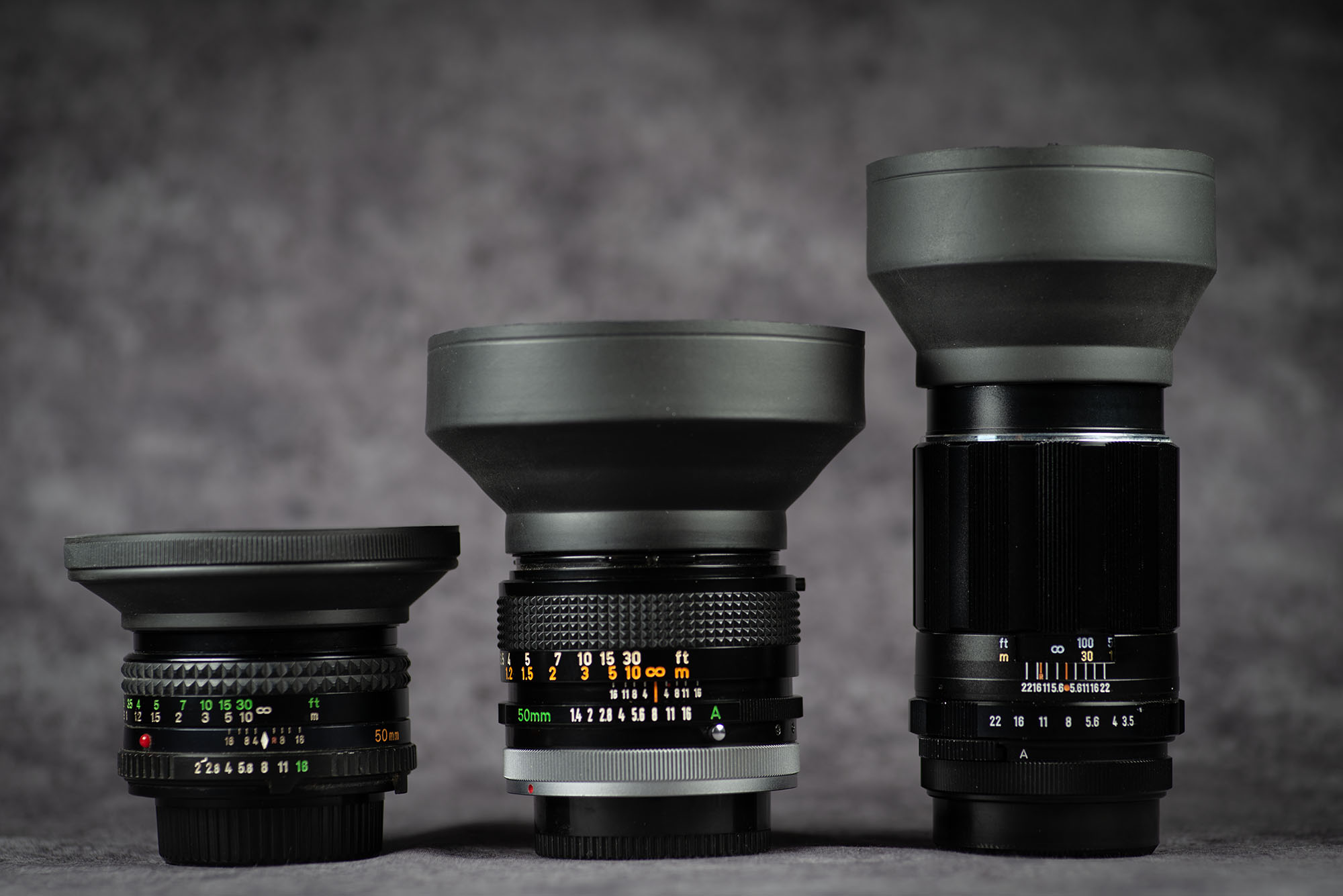 Rubber lens hoods in all sizes were sold in camera stores everywhere back in the film era.  As common as they were, I rarely saw them in use by other professionals.  In fact, I felt a little embarrassed when using them, fearing that I wouldn’t be taken seriously by my peers.  Professional lenses often had dedicated metal lens hoods that offered exactly enough coverage without vignetting.  That hasn’t really changed, except that today’s lens hoods are largely plastic.

Of course, image quality is improved by shading the front element.  Light entering a lens obliquely from outside the image area tends to create flare, reduce contrast and saturation, and generally wash things out.  (This is particularly the case with older lenses.  Modern lenses have much better coatings that prevent this to a greater degree.)  Sometimes this is done intentionally for artistic reasons.  If that effect is unwanted, consistently using a lens hood will mitigate that.

For me, the utility of a rubber lens hood went beyond that of just shading the front element from objectionable rays of light.  I saw them as an additional layer of protection for my lens.  There was always a UV filter on the lens, and I rarely used lens caps.  Rubber lens hoods became very effective bumpers protecting both the filter and the lens.  I can remember several occasions when having one saved my lens from serious damage. That seems like a win/win arrangement to me, and if it makes me look like an dilettante, so be it.

Should you decide to use one, make sure it doesn’t cause vignetting.  With the aperture wide open and focus at infinity, vignetting might not be readily apparent through the viewfinder. My typical way of checking it is to stop the lens down to the smallest aperture and turn the focus to the minimum distance.  Then I look through the viewfinder at a brightly lit subject while activating the depth-of-field feature of the camera, if there is one.  Dark corners indicate that the hood isn’t wide enough.