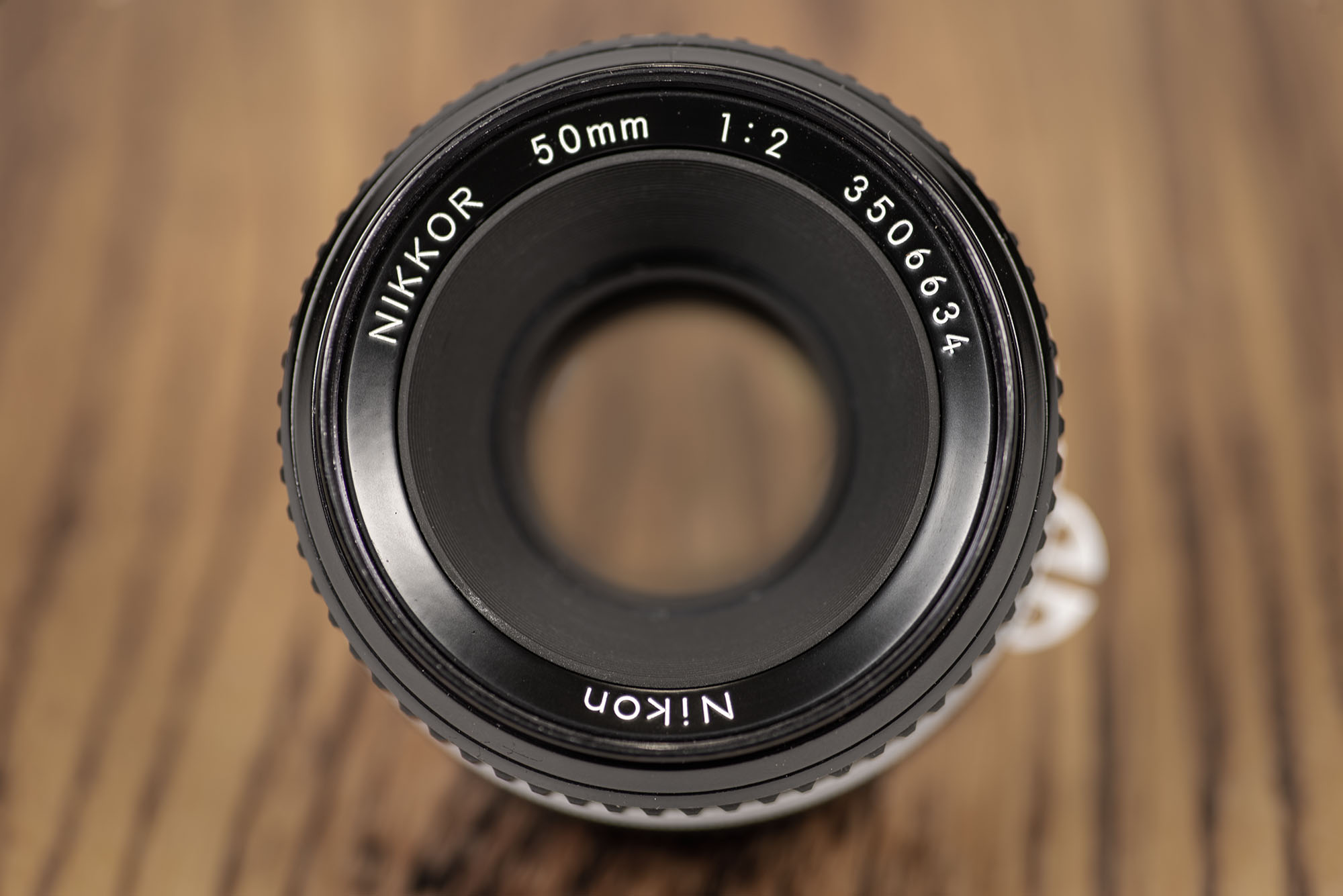 This lens was initially attached to a Nikon body that I picked up a few years ago.  I had given it to my son with a Nikkormat body.  When he purchased an adapter for his Fujifilm mirrorless camera, he commandeered a few of my old Nikkor lenses, including a 50mm f1.4 Ai-s. He gave this one back, favoring the wider aperture.  I paid little attention to it, as it didn’t really have a place in my typical kit.

Nikon’s f2 version of their nifty fifty occupies an odd space between the pre-ai version and the later f1.8 Ai.  It is optically the same as the pre-Ai version produced from 1964 to 1977, when the Auto-indexing (Ai) mechanism became the new norm.  The aesthetic was modernized, but it had an old soul.

Mechanically and optically, it is pure Nikon.  I can’t fault it at all.  It is sharp, contrasty, and easy to use.  By 1977, designing a 50mm lens had become a mature science.  It had been the most popular focal length for decades, largely because of its “normal” perspective and the fact that the 50mm lens was typically attached to new cameras.  There is nothing exotic or extraordinary about it.  It is a basic workhorse that does its job with little fanfare or drama.

At f2, it is neither considered fast nor particularly slow.  There seems to be a “sweet spot” wherein the optical elements are small enough to be economical, but also sharp at maximum aperture.  50mm f2 lenses are ubiquitous among many lens manufacturers of that era.  There often was (and still is) a significant jump in price between an f2 or f1.8 lens and a faster f1.4 or f1.2 lens.  Professionals understandably opted for the faster lenses.  That extra stop of light sometimes came in handy as photojournalists had to adapt to unpredictable conditions.  For the casual holiday snapper, f2 served just fine.

There is a little veiling “glow” when shot wide open.  This is not unusual, and there is arguably less glow than than my f1.4 lenses of the same era.  It is the result of spherical aberration.  It disappears quickly and contrast improves as the aperture is stopped down.  Multicoated optics were the norm since 1972, and continued to improve over time.  There is a little barrel distortion, but it is only evident with straight lines near the periphery.  If using on a digital camera, or scanning the film, it is easily corrected.  As with most lenses, performance in terms of image quality is best in the middle apertures.

The aperture has six straight blades.  As a result, out of focus specular highlights appear hexagonal when stopped down.  I don’t find the bokeh objectionable, but that is a very subjective area of discussion.  Back in the film era, we didn’t think about it.  I don’t recall discussing or even mentioning the character of out-of-focus areas.  They were simply out of focus, period.  The term “Bokeh” wasn’t part of the lexicon or an aesthetic factor to consider.  We were more concerned with the strength of the subject.

50mm lenses have been and are a staple in any photographer’s bag.  They are almost mandatory.  I don’t think I have ever packed a camera bag without one.  I have photographed just about every type of subject with a 50.  They neither compress nor stretch perspective, and this results in ultimate versatility.  The photographer armed with a 50mm lens records a scene much as she or he sees it, and presents the viewer with a relatable view. When on a digital full-frame camera, it generates the same view.  On a crop-sensor digital, the view becomes the equivalent of a 75-80mm lens, a classic focal length for portraits.

Just for fun, I mounted it on an F3 with a PK-13 extension tube and tried a couple of shots on a tabletop studio.  Even though doing so only uses a small portion of the optics, I still found it to be sharp and a lot of fun to use.  Although it performs admirably on both film and digital cameras, I doubt it will ever attain a cult-like following as have other lenses. It doesn’t really fill a niche or do anything that other 50mm lenses won’t do.  There are many f1.8 and f1.4 lenses out there that offer a bit more aperture range for lower light situations, and more narrow depth of field for the bokeh-obsessed.  It is simply another overlooked underdog, and I always cheer for underdogs.